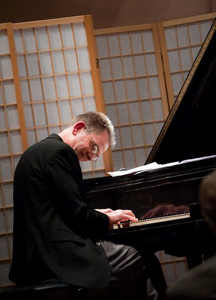 It's been a huge first day for Wing Commander composer George Oldziey's Kickstarter campaign! Nearly 100 generous backers have already donated more than $6,000 to help make a live orchestra recording possible! Many fans have provided a lot of feedback, and George has responded with some tweaks and new information.


For starters, keep an eye on the official update page and Oldziey.com for frequent news on the status of the pledge drive, amusing anecdotes from the old Origin days and more. Here are the major updates so far:

Last, but not least, George has posted the original demo track he created as part of his application to work at Origin in 1994. This has only recently been digitized and never posted anywhere before now. For a sample transcribed from a degrading source, it sounds great! And it definitely has what we now consider a very Wing Commandery feel. You can listen here. Pledge to support this project here!

My most heartfelt thanks to all on this wonderful kickoff day to this campaign. I am humbled by the response so far!

I'm planning on giving regular updates, as well as posting some interesting stories about my wonderful days at Origin during the Wing Commander production periods. Fond memories for sure!