A brand new downloadable alpha build of the space sim Wings of St. Nazaire has been released! There are a bunch of improvements in this update relating to waves of enemies, their reaction to the player and a new external camera. A Wing Commander-style cockpit joystick and throttle have also been added. You can download the game and find out more here. 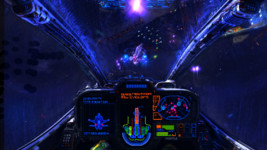 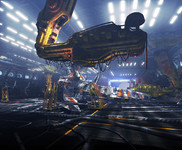 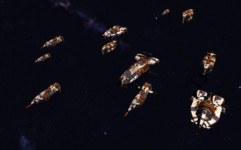 Wing Commander fan Howard Day is one of the artists for the game, and he's also set up a Shapeways site as a place to get 3D prints of the new models made for his game.

While I am well aware that none of my designs are anywhere near as iconic and awesome as the Wing Commander ones, I still thought it could be something people might want. They're right about the same cost as Klavs Fighters, and a good size (about 4.5 inches long). 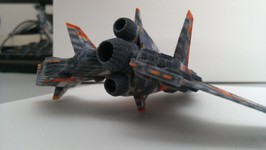