Round Two Casting Begins for A Defiant Few

Despite some trouble filling the lead female character, Plywood Fiend reports that episode 1 of his new audio adventure has been cast. Scripts have now been distributed and the first chapter of "A Defiant Few" is now being recorded. Simultaneously, auditions now begins for the second episode of the story. There are Kilrathi, Firekkan and humans to read for! Check out the tryout lines here. The project sounds pretty cool, so I'd definitely encourage interested Wingnuts to look into it. Entries are due by February 15.

Kritharg – Male. A Kilrathi privateer and commander of his three-strong mercenary wing. He is irritable and largely contemptuous of aliens, though strangely philosophical. (Notes for auditions: If you can make your voice sound as feline as possible in your normal tone of voice, I should be able to make it Kilrathi-esque by reducing the pitch.)

Audition Line 1: Be silent Morgan, this monkey is of no use to us in battle, so I might as well profit from his atoms.

Audition Line 2: They threaten you, they challenge you, you should feel impatient to meet their challenge, and nothing else. 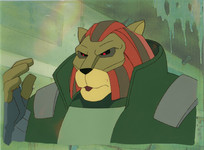 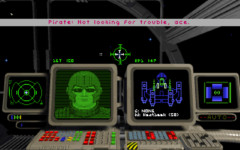