WC vs History: Panama Games Are The Fleet's Problem

"Sir, that sergeant over at the comm center said a carrier had come through," Geoff said, forcing his voice to sound even and under control. "That's against standard doctrine, but it was a scenario you presented to us in class. They're most likely launching fighters and bombers now. They could be here in less than an hour and a half. This could be the Panama war game scenario, sir."

What purpose the aircraft carrier was to serve with the Fleet was still undetermined in 1929. Naval aviation itself was nineteen years old and had been born on 14 November 1910 when Eugene Ely, Naval Aviator No. 1, took off in a biplane from a wooden platform constructed over the bow of USS Birmingham (CL-2). On 18 January 1911, Ely completed the flight cycle by landing on a platform constructed over the rear of USS Pennsylvania (ACR-4). The United States' first carrier joined the Fleet eleven years later. USS Langley (CV-1), the converted coiler Jupiter, served as the early testbed for American carrier operations. 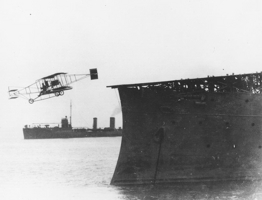 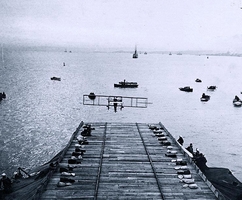 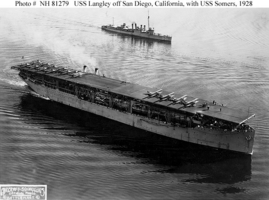 Eugene Ely taking off from the Birmingham, landing on the Pennsylvania, and the USS Langley as she appeared in 1928.

During the interwar years, the United States Navy conducted twenty-two Fleet Problems, from 1923 to 1941, to test new doctrine and train the Fleet for war. They involved varied circumstances, a rainbow of different opponents, and allowed the Fleet to test specific operational and strategic scenarios. Of the exercises, Fleet Problem IX, 23-27 January 1929, is the one that most influenced the development of carrier doctrine. What made Fleet Problem IX so important to carrier doctrinal development was how the USS Saratoga (CV-3) was deployed during the exercise.


"Fleet Problem IX was arguably the most important in the entire series for the development of aircraft carrier operations." - Albert Nofi