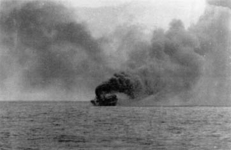 This is Colonel Christopher Blair. Report to Admiral Tolwyn. The wreckage of the Concordia has been located on Vespus off the Mistral coast.
Evaluation . . .

Almost nothing is known about how the TCS Concordia was lost on Vespus, save that it was during a rearguard action. An almost excruciating amount of silence given the prominence of the Concordia in Wing Commander. The player's ship in Wing Commander II and seen in the Baen novels End Run and Fleet Action, Concordia's final resting place is only explained through a short paragraph in the Baen novel Heart of the Tiger:

Blair fought back a shudder. He'd been wing commander aboard the Concordia for three years, until the Battle of Earth. If he hadn't taken that Kilrathi missile which left him grounded for six long months, Blair would have been on board when Concordia fought the rearguard action over Vespus: fought and died. Blair had been part of the survey crew that had discovered the carrier's broken hull lying half-submerged in the waters off the Mistral Coast.

The battle must have been intense, and interesting, for the hull of the Concordia to end up off the Mistral Coast. Why General Taggart and Colonel Blair were part of the survey team sent to locate the Concordia's is also an interesting question. Was Tolwyn thinking about rehabilitating his old command, if possible, from somewhere around Vespus? We'll leave those thoughts to the Chatzone thread.


The history side of this update turns to final steaming of HMS Glorious, the only aircraft carrier sunk solely by enemy gunfire. This incident was chosen because it was an interesting battle, perhaps like that of the Concordia and the only one of its kind in history. Even in Wing Commander, it's not often we see the former Confederation flagship half submerged in an alien ocean. 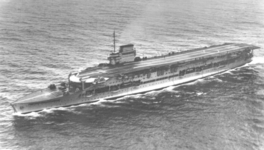 
Glorious was a converted Courageous-class cruiser that had served in World War I in its original role. During the 1920s, the ship was converted into an aircraft carrier as a result of the Washington Naval Treaty of 1922. The high speed needed to potentially outrun enemy ships, and much later necessary for the heavier takeoff weight of naval aircraft, and the large hull, which was an excellent base to build a carrier upon, made cruisers perfect candidates for conversion to aircraft carriers. After World War I and her conversion to a carrier, Glorious spent the majority of her career serving in the Mediterranean, with a brief sojourn into the Indian Ocean with Force J to try and locate the German pocket battleship Admiral Graf Spee in 1939 during World War II.


The only other leave the Glorious took of the Mediterranean was in April 1940 when she was recalled to cover the British landings in Norway. After a month of operations, Glorious was given orders to withdraw independently to Scapa Flow for the court martial of the Commander (Air), J. B. Heath. He had refused an order to carry out attacks on shore targets because his aircraft were not fit for the targets and the targets were ill defined. Proceeding with two destroyers, HMS Acasta and Ardent, Glorious set course for Scapa Flow early on the morning of 8 June 1940. Later that day, the smoke from the small task force was spotted by the German battlecruisers Scharnhorst and Gneisenau. The two battlecruisers closed the range and opened fire. Six minutes after targeting the Glorious, Scharnhorst scored a hit on her third salvo, starting a large fire in the forward section of the hangar. The carrier hadn't had a Combat Air Patrol up at the time of the attack. It didn't have planes on the deck ready to respond to any threats and even the crow's nest was unmanned. For over an hour, the two battlecruisers fired at the carrier and her escorting destroyers. There was no question that Glorious was done. The British had managed to bloody the Scharnhorst. The Acasta had managed to hit the German ship with a single 4.7 inch round, which did minimal damage, and a torpedo which severely hampered the ship's operations.


The sinking of Glorious and her destroyer escorts was unknown to the British Admiralty until it was announced on German radio. There was some controversy over sighting reports, and an interesting connection to the fleeing of the Norwegian royal family, and numerous other issues related to the sinking. (An interesting analysis of the loss of the carrier can be found here.) The carrier was caught as flat footed as it could have been. No planes in the air. No planes spotted on the deck for a quick launch. No one even watching the horizon for enemy ships. Because the British didn't hear about the loss until the following day from a German broadcast. They mounted a diligent search of the area, but the losses were devastating. 1,519 men were missing from the three ships. Only 40 men survived from the three ships, although some survivors thought that perhaps 900 men had gotten off the Glorious before succumbing to the freezing waters of the Norwegian Sea.