From Our New Base At Shangri-La

Here's a cool image that turned up the other day. It's a list of the plane markings for the 28 American aircraft carriers serving in the Pacific during 1945. Every carrier had a unique set of markings painted onto its aircraft so they could be quickly and easily identified during operations. Eagle-eyed wingnuts may notice something familiar about the markings for the USS Shangri-La (CV-38). 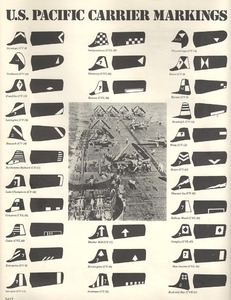 The lightning bolt is very similar to the one found on the Rapier II and Sabre flying off the TCS Concordia in Wing Commander II. Although, not every fighter that flies off the Concordia carries the lightning bolt. Ferrets bear a red Confed star. Epees bear no logo save their paint scheme which is similar to a rising sun. Broadswords and Crossbows have a gold star on their wings and the Morningstar has a red stripe running down the leading edge of its wings and vertical stabilizers. 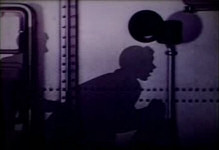 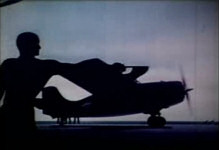