The service version of the Morningstar entered service only a few weeks before The Battle of Earth after a long and protracted development cycle featuring the infamous Society of Mandarins incident. Designed (in part with input from Todd "Maniac" Marshall) to replace the Thunderbolt and Sabre, she was never available in sufficient numbers to do so. Although a wonderful ship to fly (I know, I flew them), it was maintenance intensive and after the initial prototypes' jump drives proved extremely failure prone they had to be removed. Combat experience proved that 3 beam weapons were not enough firepower by the late 60s, so her second design team (sans Marshall) upped them significantly. When most of Origins facilities were destroyed late in the war Morningstar production completely shut down and Confed switched resources to the Bearcat and Excalibur programs.

She was literally the last of her kind; fighter design would split off into dedicated Torpedo Bomber and Space Superiority Fighter streams in the mid 70s.
Y 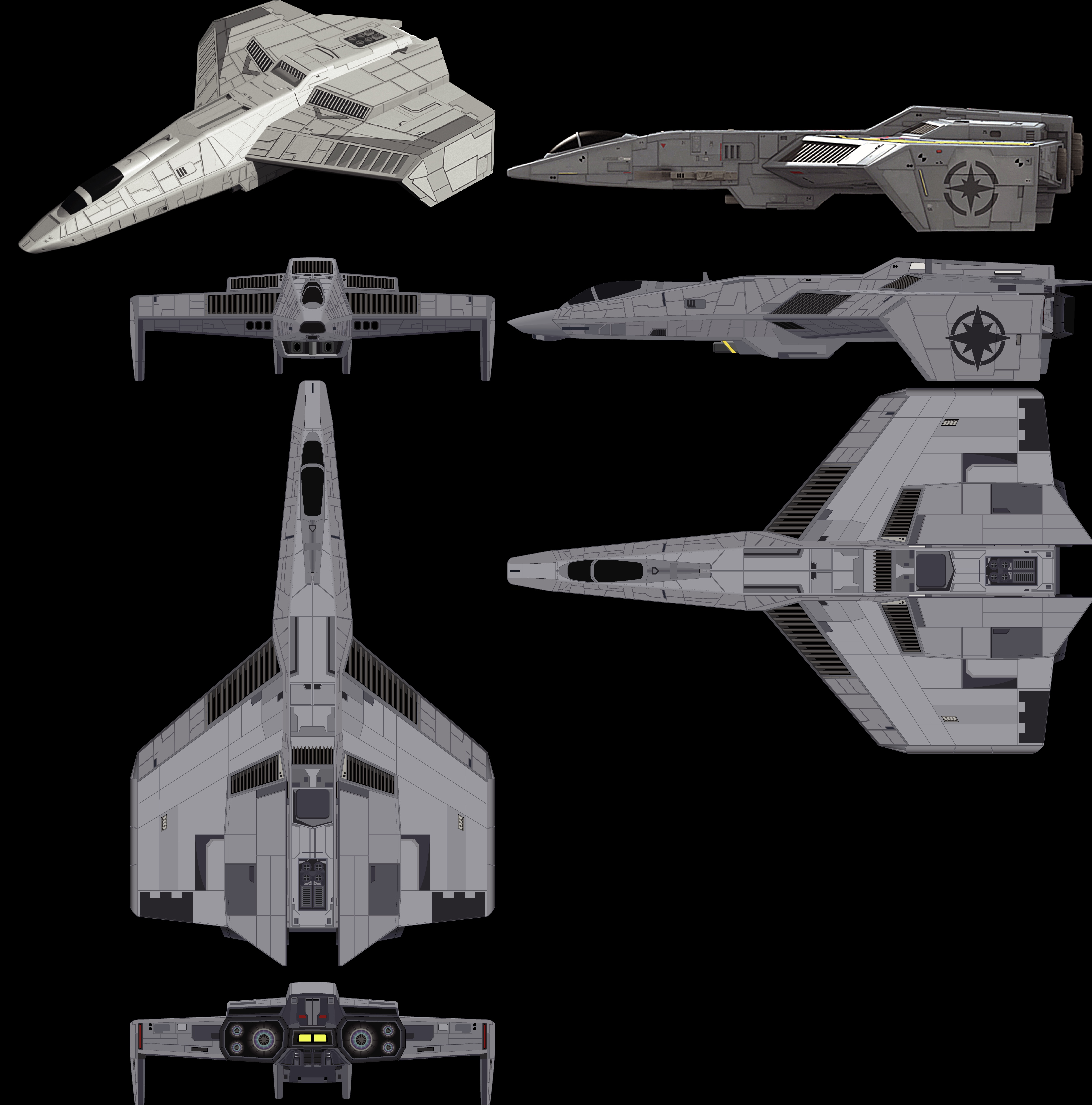 Not a time I care to remember.

The Super Hellcats were designed towards the end of the war as both a cheaper alternative to the Bearcat, and as a replacement for the disappointing performance of the Hellcat. Douglas Aerospace gave up on them and put resources towards the Excalibur and Bearcat programs, but the SRA manufactured them in secret from 2672 through 2673. I tangled with them and they came as a nasty surprise. The Heavy Ion Cannon was one of the better guns ever developed by Confed; in practice it exceeded designer expectations with twice the stopping power of the standard ion cannon with no additional power, range, refire delay, or velocity costs (ignore the official stats; Maverick, Hawk and I discussed this at length!). The "Supcat" (pronounce soupcat!) also had a cloak, could autoslide, and was capable of delivering the infamous "Flashpacks". I lost quite a few friends to Black Lance forces piloting these.

In the end, with the destruction of the Black Lance, the Super Hellcat was retired as the Bearcat had superior performance and could replace both the Arrow and original Hellcat.
Y

I am doing this in the hopes of laying some groundwork for possible WC4 Remastered mods. And maybe a future WC3 remaster (The Morningstar). 🤞

I am not complaining. I love nerding out as much as the next wingnut. But wold you consider these ships a bit OP?

tarsus said:
I am not complaining. I love nerding out as much as the next wingnut. But wold you consider these ships a bit OP?

Perhaps...the Superhellcat is intended to Black Lance only...the player won't fly it. The Morningstar is my vision of an advanced stike fighter that you would get in WC3 starting with the Ariel missions. It should not be better the the Excalibur, but better then the others. Maybe it would be OP for Ace or lower difficulty, but on Crazy or higher I think it would work.
You must log in or register to reply here.
Share:
Twitter Reddit Pinterest Tumblr WhatsApp Email Share Link
Top