I've posted a few times and I can see this board is frequented by pretty good and friendly people who share my love for these games.

I've been playing WC games since WC1 came out (was it 1990?). A friend of mine was the only guy I knew who had a PC (I think it was a 286), and once I played his just released "Origin's Wing Commander", I was hooked with old blue hair and the feline frackas in space. I bought a PC and the game (it cost $79 in them days) within a week.

Privateer is by far my favorite game of all time, and I will buy and play approximately 90% of the 'sim' titles released, including combat aviation and space (few space games released in past 5-10 years). I don't typically put a 1 after Privateer, because that second game with a 2 after it wasn't really a Privateer game and doesn't deserve the title; there was only one real Privateer game in my warped book.

I am 49 years old, which probably sounds like a fossil to you younger guys, but interesting enough, doesn't feel any different than being 25-30. I'm a Forensic Pathologist MD, and live in South Bend, IN, in the middle of 144 acres of woods and corn.

Hi, welcome to the board

Welcome to the board,

I remember first playing WC on the Amiga, one of my friends had bought it, and he thought it stunk, but I liked it, so I swapped him for it. Best move I ever made.
Unfortunately, following a lack of activity by Origin on the PC front of WC, and now I finished Unknown Enemy, I've had to turn to other games like C&C : Generals and Splinter Cell

I can definately recommend UE if you haven't got it already.


edit : whats wrong with me, I can't spell any more 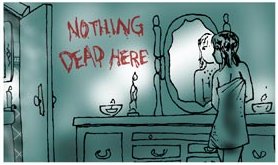