Jesus Christ!
Why hasn't Chris Roberts hired you yet?

Hey klavs
That was an impressive run. Neither my modeling skills nor stamina compared to yours and you started getting into this around the time I was burning out. When I started making the models I did it because none existed and I thought that was a travesty for wc fans who may want little bits of their childhood sitting on their desk, or war map to tangibly connect to fond memories. I was pleased when you came on and started doing such an awesome job and felt no guilt at all about stopping my efforts at modeling to pay my family proper attention and not burn out on work. You've made a great mark to help many of us memorialize, celebrate, and relive our lost youth, and lost adulthood...=)

The Kilrathi models are extremely visceral and strong. I love everyone of them.
Why no Trakhath Fighter?

I've been doing a CAD of the Tiger's Claw and it seems getting 104 fighters in that design would be absolutely impossible. I had to give it four levels amidship to even get close.

saquist said:
The Kilrathi models are extremely visceral and strong. I love everyone of them.
Why no Trakhath Fighter?

I've been doing a CAD of the Tiger's Claw and it seems getting 104 fighters in that design would be absolutely impossible. I had to give it four levels amidship to even get close.
Click to expand...

2. It wasn't meant to hold 104 fighters, I built it smaller and more lean on purpose.

Does that mean that there is a Trakhath fighter coming?

lol nice segue into that request there 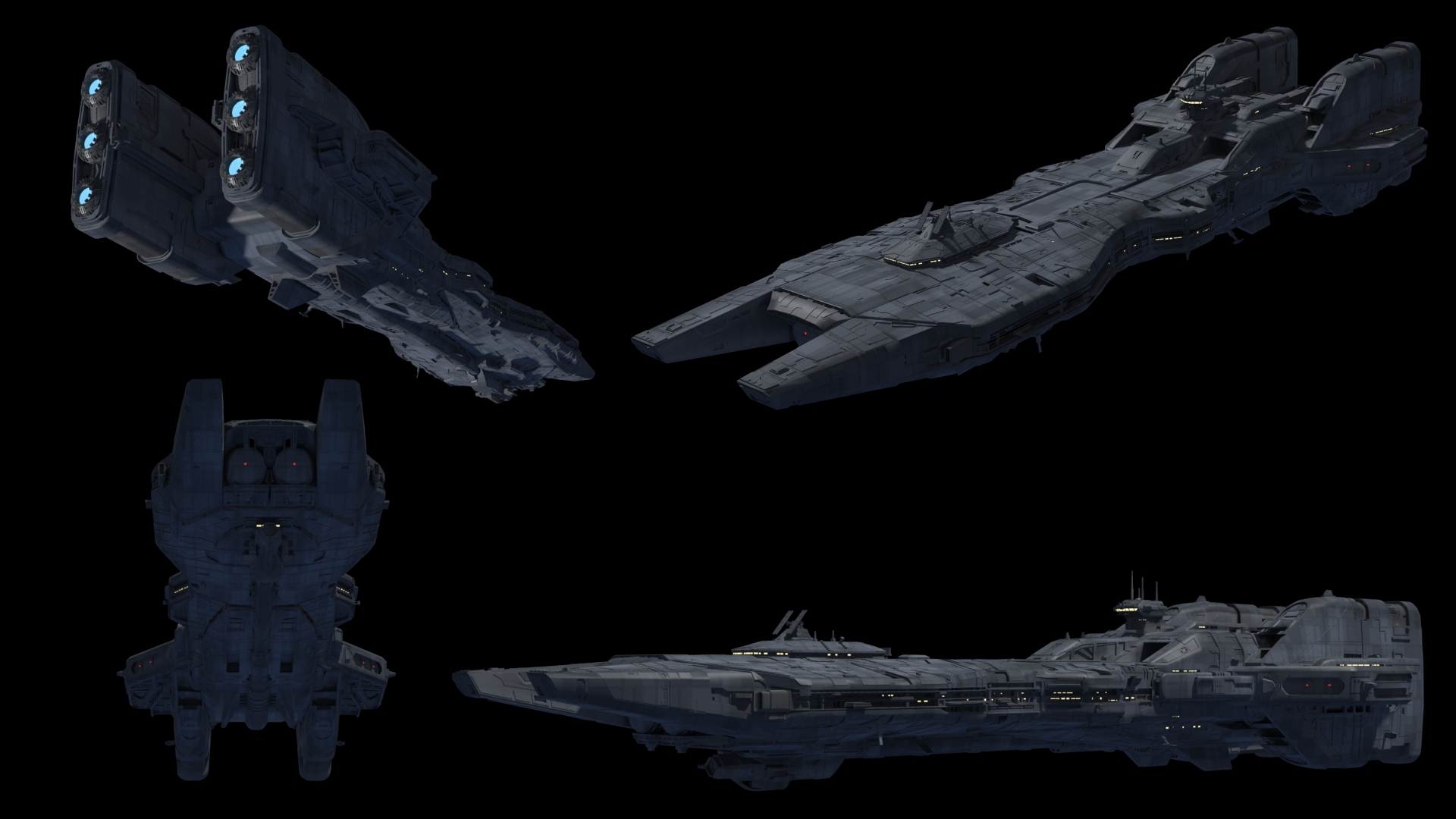 Welcome back! Are you planning to paint it green?

Wooo! He finally did it!

She's a beaut! First WC carrier I ever flew off... Ah, special memories.

Something feels the tiniest bit off about her, though - I'm not sure what, exactly, but something's making me think she looks small. When I first saw the picture on the front page, I actually thought you might have modeled the Tarawa. Once I opened it up and saw the details like the PTC, she was obviously the Concordia, but...something makes me think mid-size carrier instead of imposing dreadnought.

Thinking about it more, it might be the engines? Having only 3 (and a straight back to the engine assembly, instead of the inward-bend of the original) per side gives her a bit of a lighter feel. It might also be the CIC/flight control area (assuming it's one of those - the big raised portion in the middle). Not sure if it's the windows (seems to indicate a much bigger room than even the bridge) or the length of it compared to your earlier Concordia render.

Still, like I said, she's gorgeous, and has taken her rightful place as my new wallpaper. Can't wait to see her dolled up with some Confed colors, if that's your intent.
Last edited by a moderator: Jun 8, 2017

^this
that is magnificent..... for a ship full of hairless apes

I like the profile shot. Very Stardestroyer like but I wish the top had more defining features.
She looks massive.

Absolutely stunning! WCII was the first Wing Commander game I played so I have a soft spot for the Concordia. I hope you paint her up green and do a nice wallpaper like your Tiger's Claw one.

Nice to see you back.

I agree with SaberAce. She seems small. Especially in profile...the windows seem too large. The forward structure also seems too big. Like the whole forward end is compacted.

If you're taking suggestions, I would say shorten the structure by about a 1/3, leaving space between it and the elevator/hanger door depression. Maybe increase the size of the engine assembly to include smaller star destroyer style sub-engines. Not the duel stack, but singles. Might give the impression of more bulk.

Thanks for the comments guys, and the votes! Always an honor to contribute to this great community. Hopefully the Broadsword and much smaller windows gives a better sense of scale. Still adding markings, weathering, battle damage, weapons... tons more detail to come!