Dammit!
I just found out that I can only exchange a few of the texts.
"Blast", "Launch", "Evaded" and "Engine Wash" are texts, not graphics anymore. The graphics are still there but they aren't used anymore (of course I found out after creating Kilrathi versions for them...).
So if I don't find out how to change the font (and I don't think that is the only case where that particular font is used) I can't do anything about that without coding.

...I could maybe create custom gauges (if possible, dunno how to create non-text gauges yet) and trigger the graphics (actually animations) by scripting, but for now I'll just skip that.

But I will exchange all others I find, so at least most of the HUD will be Kilrathi, then I can try if it looks cool or not.

Small update on my campaign:
I have almost finished mission 9 now, reworked mission 1 and now I'm working on mission 8 again.

Another small update and a kind reminder to one of my requests:

I'm working on mission 10 now, and polishing missions 8 and 9. I'm not completely happy with m10, it feels somewhat incomplete. I have to think about it a bit more I guess.
I'm also working on the story again. Still not as far as I had hoped but last week I hadn't much time to work on it.

Please look at my request for A Kilrathi player portrait again and if you know somebody who could do it, please ask him or her

Kilrathi interior designer needed
Even a WC3-style Kilrathi helmet with a dark visor would suffice (still better than using the Sandman portrait for the Kilrathi), I'm just not able to do it myself it seems. The picture can be drawn or rendered, I'll leave it to whoever wants to do it.
Last edited by a moderator: May 24, 2018

Have you thought of trying to capture a frame from one of the in flight communiques from wc prophecy, when you fly a mission with kilrathi pilots? Or even the taunts in the simulator. Just might be a little low-res...

Yeah, I guess I could do that (the animations are in Saga so I could take them and try to do something with them) but I'd prefer to have something original.

Btw: Didn't you send me the medals already? Perhaps my spam filter did it wrong again. I searched for them yesterday on my PC but couldn't find them... I just found the single one you did as an example.

I will send them again tonight - having some issues on my PC at the moment...

No problem. I just feared I had lost them to my spam filter again

Progress update! (and a small request)

Tonight I included most of the medals and rank insignia Wojo did, and I think they look quite nice. It is a pity that the resolution in the medals screen is so low, they would look much better in the quality Wojo created the effects in. I will include them in the manual or something, just to show how cool they look I think.

I also worked on mission 10 and I'm still stuck a bit. It is supposed to be a cool finale, and there is quite some action in it but it just feels... lame somehow.

At least I wrote another two pages of story today but there is still a lot of work to do if I want to have the story as big and interesting as I would like to have it. I think I'll need some new ideas and stuff. The in-mission dialogues are almost finished already and I have some ideas for the story between the mission, but.... It just doesn't feel good yet.

So here's my request to you: I will need some ideas for the writing and someone to tell me whether I am going into the right direction. Writing in English is much harder than I had imagined before and I feel a bit lost. If anyone wants to help me, PM me and I'll send you my manuscript and the part sof the story that are finished already.

I was supposed to be helping you with that, wasn't I? Sorry.

How immediate is your need? I've been coming up against my own unforeseen problems with Enyo - but that will be done nine days from now (or not).
F

If you'd like to know an english counterpart for a german word, I recommend to go to www.pons.de.

@capi: we talked about proof reading. but now I hink I'll need something more. don't hurry, proofreading can still wait. I'll send you something in a few days.
@Fekleyrtarg: I prefer Leo.org actually. But words aren't my problem, It is more the ideas that I lack, and the experience as an author.

Hi there!
I just dropped in to see what condition my condition is in. (Yes, that's a Willie Nelson song I love)

I'm still alive, and the mod is still somewhat running, I just got delayed by some stuff:
- moving into a house in the next two months
- job stuff, a lot to do which is the reason why I have very little spare time.
- Guild Wars 2 (btw: I'll make a Charr character with a Kilrathi name for sure

)
- still stuck with the story. But now I'll really send what I have to some people. As I said I'll need ideas. I hoped I'd get some by myself but in the last two weeks there was almost nothing so I have to include other people into the mod. I just can't do it alone

So yeah, still up and running. Just running slow. I have to sniff more cats to get some ideas maybe...

Holy Cats! How did I not see this sooner?!
Anyway, hope its not to late to get my two cents in, but I remember these images from the canceled Privateer 3.
I think this was supposed to be a Kilrathi pub or something, but so reason it cant be used for the pilot's lounge. 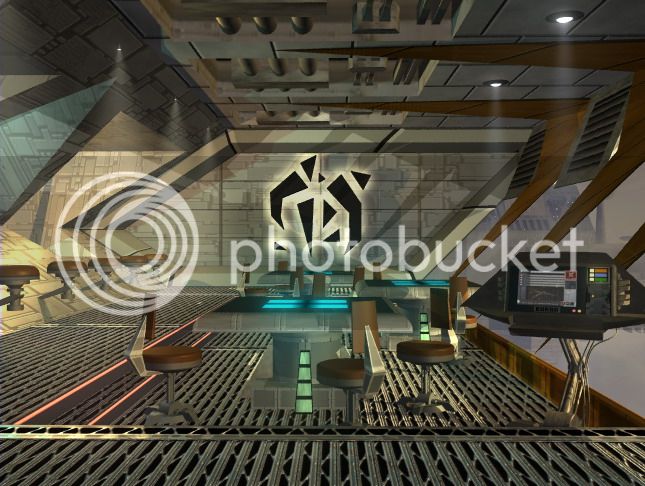 There was also this, which strikes me as a flight control / "mission hub" area. 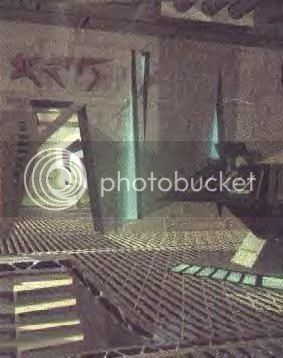 
DOORS AND FLOORS
As depicted in WC: Academy, the Kilrathi appear to love their hexagonal doorways (though this sin't the only designs seen) as well as hexagonal launch ports attached to the hanger deck. 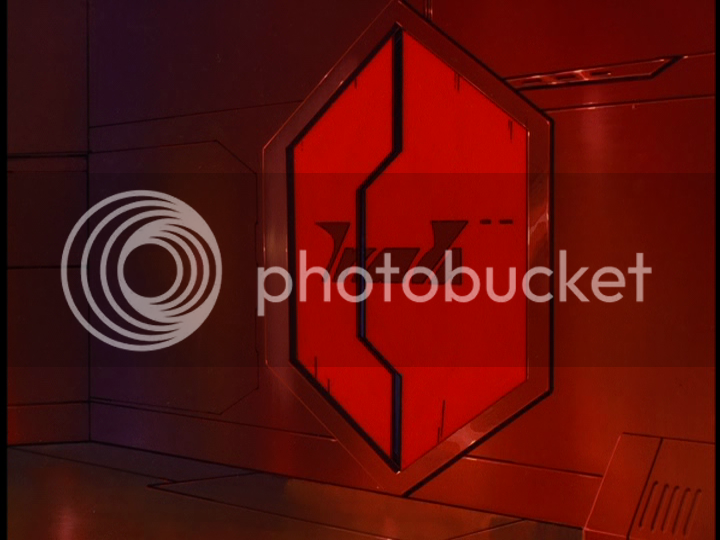 Worth noting is the door controls to the side. 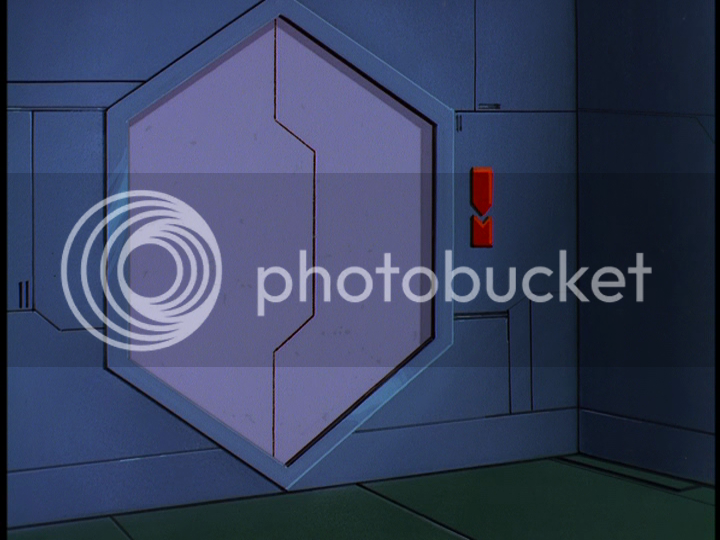 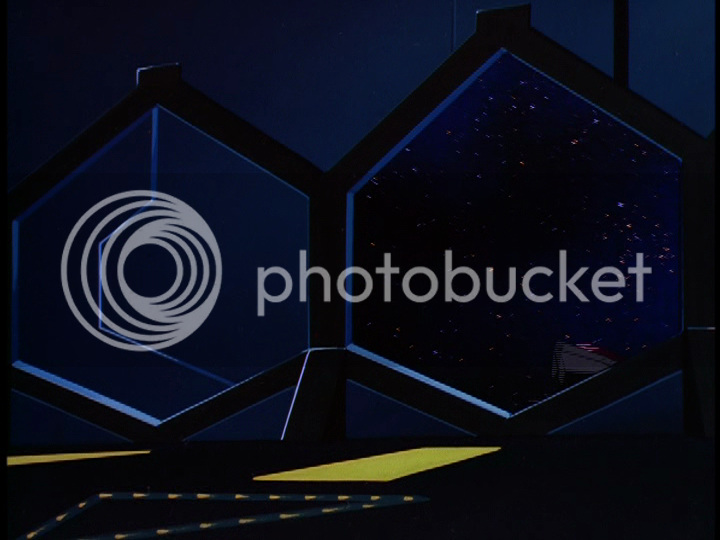 Also worth noting is ambient lighting on the floor. The Kilrathi appear to like "Tron Lines". 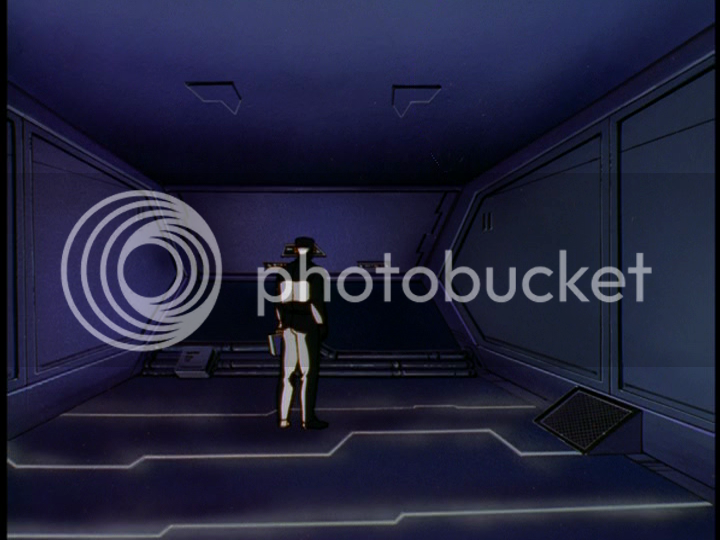 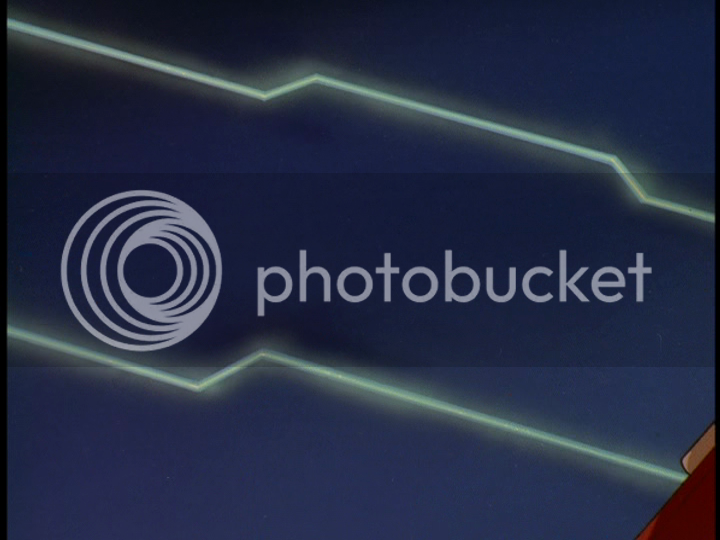 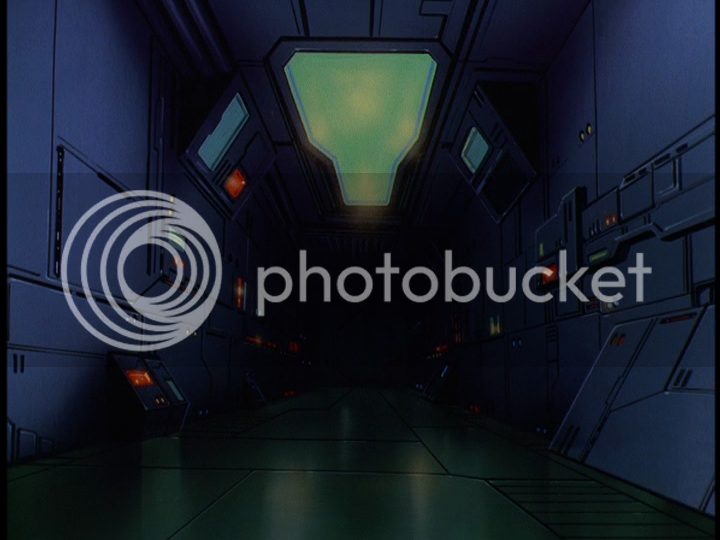 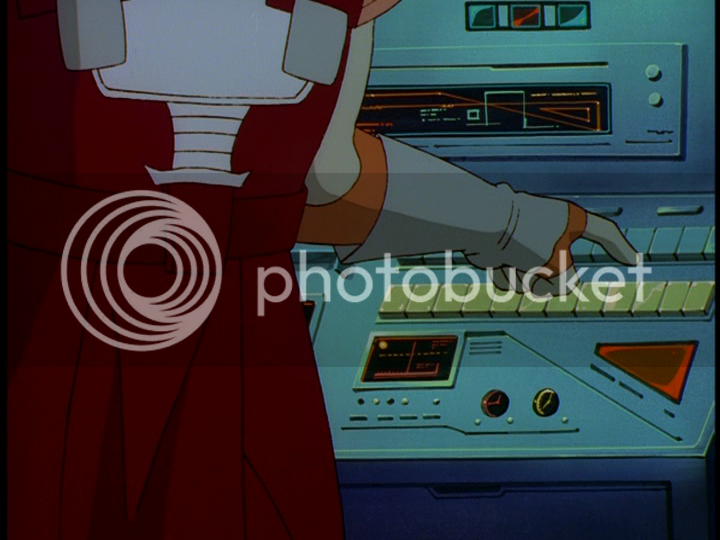 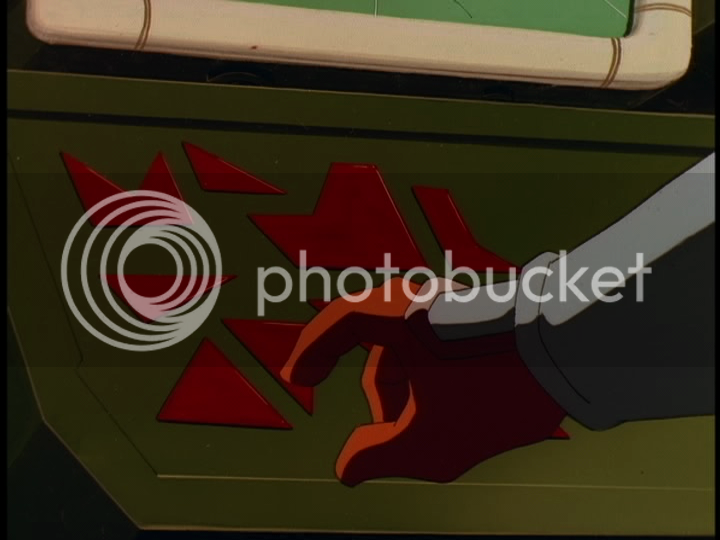 BRIDGES AND BERTHS
Partial view of a Kilrathi capitalship (destroyer?) bridge. Not pictured is the stylized "claw-throne" command chair. 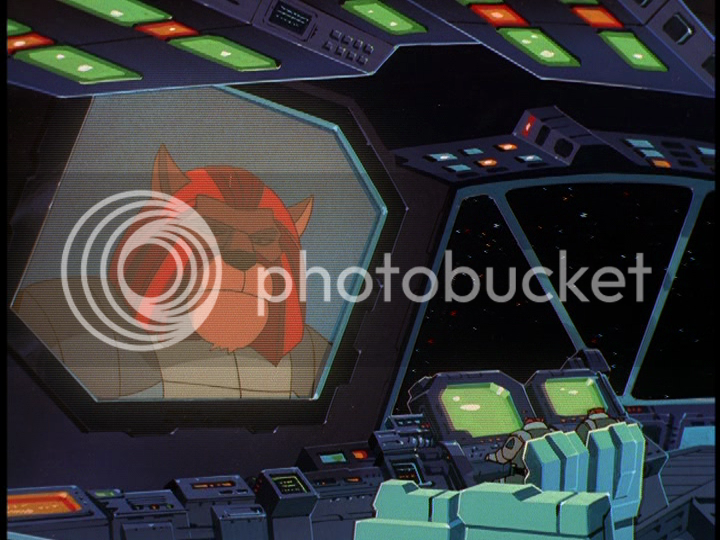 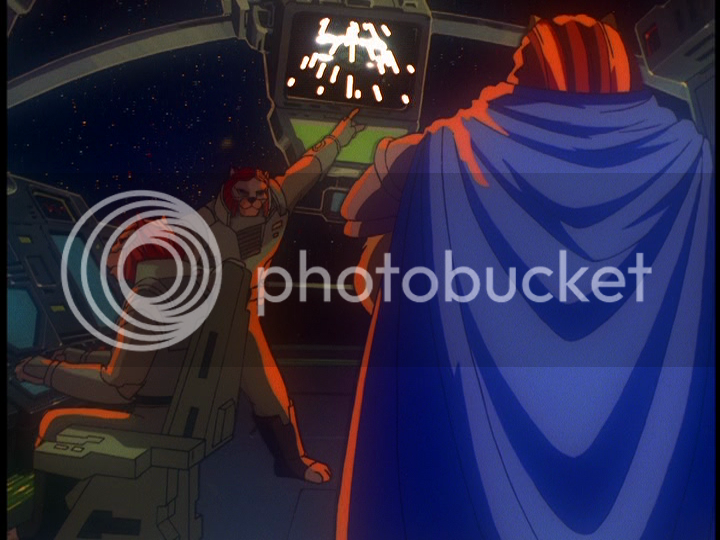 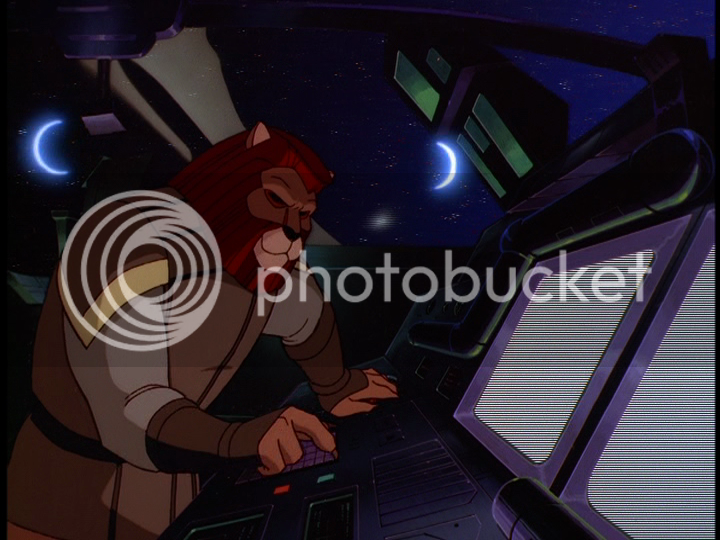 The entryway to Thrakhath's quarters. 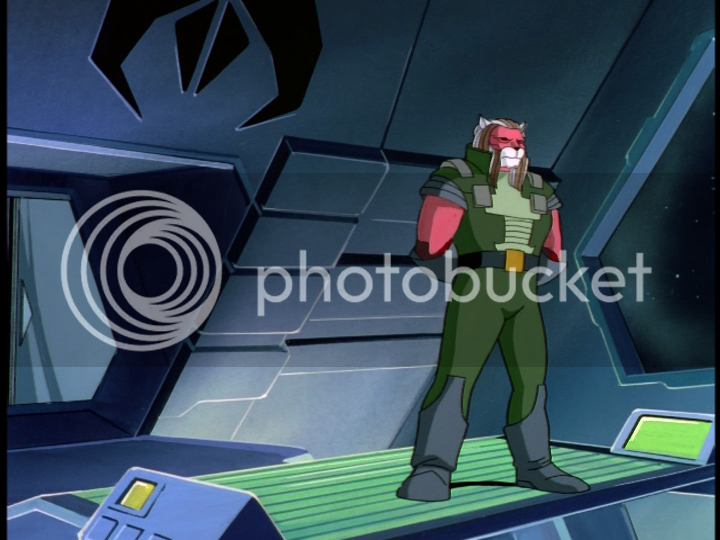 Now this is a rare depiction, a Kilrathi pilot's private quarters, featuring a couch/bed? Or perhaps this is just a Kilrathi toilet, in keeping with the confusion mentioned in Freedom Flight. 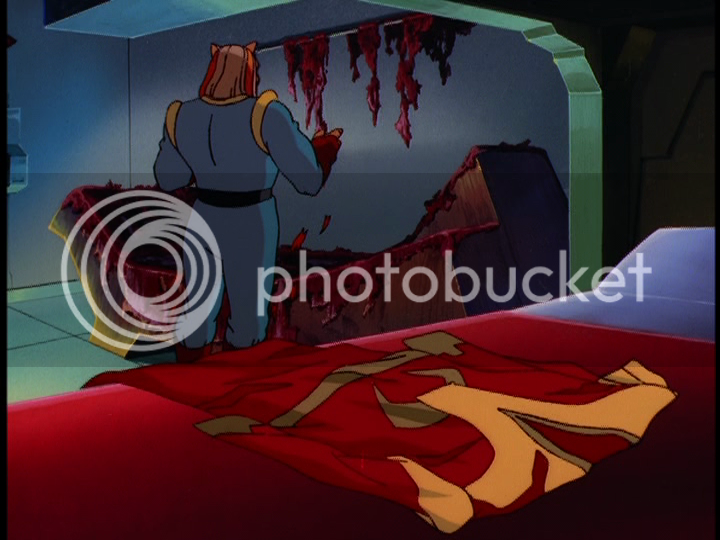 Now, while these might not be the best representations of Kilrathi interiors, when combined with features from the games and even the movie, a unique looks should emerge.

Thanks for the pics, WCX!

Although I admit that I seriously doubt that there will be a proper main hall like in Saga. I can't model it myself, so I'll need someone to model it and then make a few renders.


And in case someone stumbles upon this thread and would like to give it a try, here's what I need (copied from an email to an artist long ago, updated a bit):

The main hall is on a ship (not a very big one though). In fact later in the story the Kilrathi also operate from somewhere else but I won't include two main halls.

Kilrathi architecture can be seen quite well in some videos from WC3 and in the stuff WCX just posted, but here are some hints:
Think a bit Klingon, slightly slanted walls, doors not rectangular but a bit assymetric, orange-brownish colors, dim lights (not too dim, Klingon ships are too dim IMO) red/orange consoles with Kilrathi letters (I did a TTF font long ago, so you can just write words in English). Sharp angles are welcome, but be careful not to overdo those, I think even Kilrathi wouldn't want to hurt themselves when the ship is hit and they are hurled across the room.

This is a Privateer 3 concept sketch. Doesn't look too Kilrathi but some elements are nice (like the walls)
https://www.wcnews.com/background/images/priv3-set18.jpg

The main hall should be roughly the size of the Hermes main hall of the WCS main campaign, and it should have similar features.
Absolutely necessary are the six areas I will later make clickable:
- ready room
- tech room
- options
- campaign room
- exit
So it would need doors. Exit could be a air lock like in WC1, tech room might not be a door but like in WCS a table with a ship hologram over it or something. ready room might be an open door leading to the barracks etc.

It might be nice if the main hall included some of the following stuff:
- a Sivar shrine, maybe with dim blue lights (I have the theory that blue might be Sivars color, based on observations from the games) and a small statue or something like the claw seen on the stone in this video, which might be Sivar's symbol
https://www.wcnews.com/holovids/cinematics_prophecy.shtml
- a tattered flag of some Terran colony that was raided
- a debris part from a Terran space ship, for example a Hellcat V thruster
- old weapons like weird looking knives, swords or something
- a Terran skull
- a window to space (I might animate one or two parts of the room, so Darkets may fly by or something)
- squadron logos from the Kilrathi squadrons, perhaps on flags or painted on the walls (I have created three Kilrathi squadron logos)

Also it is funny how time flies by. Most of the stuff I have now was already done in 2012 (!!) judging by my own updates in this thread.
Ok, I polished some of it, and now my missions have proper briefings (which they didn't have back then) and some other stuff.
Last edited by a moderator: May 24, 2018
You must log in or register to reply here.
Share:
Twitter Reddit Pinterest Tumblr WhatsApp Email Share Link
Top